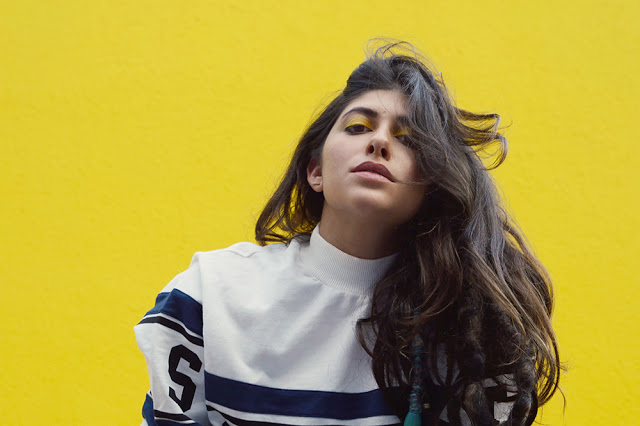 Los Angeles-based indie-pop artist Ryder is set to release her new single ‘Nirvana’ on the 17th February via her own imprint Ryder Records.   Hailing from NY, Ryder was somewhat of a child prodigy, starting to sing at the age of 3. By 13, she began her writing and recording career when she laid down her first original song in a cousin’s studio. Ryder continued writing prolifically over the next few years of her teens, working with writer/producers like Dave Tozer, Angela Hunte, Claude Kelly, Frankie Storm and Jeremy Skaller. Thereafter, attending NYU with other buzzing classmates like Gallant and RL Grime.

Ryder is considered a truly modern songstress of the new school music generation, having quickly risen above the noise with a star power and vocal ability reminiscent of divas like Bjork, Florence and Sia and demonstrating the reckless songwriting spirit of a young M.I.A. The current Ryder sound is a mixture of slow, floating melodies and soulful yet left-of-center and unapologetic lyrics; ear candy packed with endless introspection. Her quirky, eclectic style and unconventional voice have gained her a massive and dedicated following and recognition in a short time. With only a few releases out the gate, her forthcoming work is highly anticipated and hotly tipped for future endeavours.