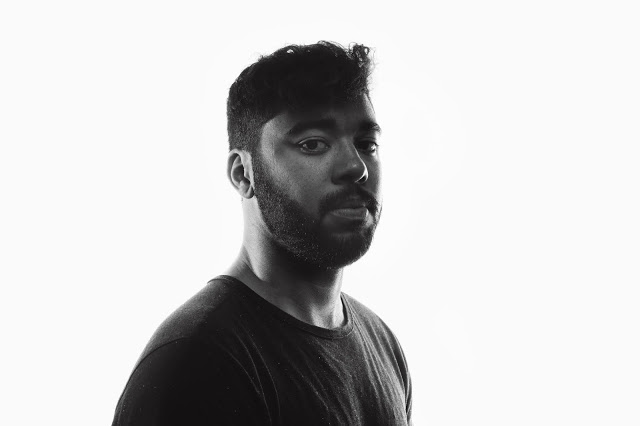 Interview with producer Yann Sella, on his debut; ‘Turning Circles’.

Inspired by the likes of Hans Zimmer and John Hopkins, even before Yann Sella released his debut single and EP, the French DJ and producer has already been signed to UK label Subdust Records. Out on the 8th of August, he shared a new song along with a captivating music video for his debut single ‘Turning Circles Ft. Manchester Rain’.

Only getting access to a computer for the first time a mere six years ago, Yann Sella has already proven that he will be a electronic force to take note of. The production style is elegant, smooth and layered with symphonic impressions that emulates classical music.

We had a chat to Yann Sella about his upcoming release and new music video for ‘Turning Circles Ft. Manchester Rain’; read more about it below:

For anyone foreign to Yann Sella’s cascading luminance, how would you personally describe the music you produce?

I would describe my music as an ambient soundscape coupled with electronic feelings, all expanded by textures and samples I enjoy playing with. I’m very influenced by underground music, so I try to mix my dreamy nature with powerful drum patterns or electronic touches.
I always try to color a feeling I experienced, or illustrate a made up scenario in my mind, hoping that it would help the listener free their imagination, as it does with me. It’s very important for me to let the music be free to interpretation, as we all evolve as different people with different minds

Your latest entrancing single, ‘Turning Circles (ft. Manchester Rain)’ is set for release on August 8th via Subdust. Could you give us some insight into the track’s creation or inspiration, and what drove you to create it?

‘Turning Circles’ is made as a little journey inside the global vision of my upcoming EP. It’s an adventure into the search of our Existence, and ‘Turning Circles’ is a major step in that particular expedition. It starts with a deep ambient introduction which aims to evolve into something more complex, growing a stronger personality, before returning to a more quiet universe. Manchester Rain’s amazing voice bring the deepest feeling to the track, uplifting the mysterious side of this scenario. A lot of things inspired me, but once again it’s free to interpretation. I had a feeling in mind, the listeners will have another, I guess it’s better this way!

The new single ‘Turning Circles’ has also deservingly received an aesthetically appealing official music video – where did this video’s concept arise from? And where was it filmed?

The video was edited and produced by Manchester Rain, using previously shot footage and sequences, edited and affected to create a unique video. Overlays were shot and affected also, to add to the evolution. It is meant as a sequence of life events created to reflect our journeys, but again, I want it to remain open to interpretation!

Tell us about the electronic music scene in Lyon, France? Are there any ways in which you would like to see it improve, or even potentially change?

Lyon is a great scene for electronic music. It’s developing itself as a major stage in France and in the world, especially for underground artists, competing with cities like Paris or Barcelona. This city keeps improving itself culturally speaking, showing a high openness and tolerance, held by so many tremendous festivals and manifestations through the year like Nuits Sonores or Reperkusound. It’s a city I really feel good evolving in, giving chances to music lovers. We are currently working with a few friends on a new project called Mémento, which will allow us to participate actively to that community; I hope it’ll keep growing that way.

Are there any particular techniques which you have developed, or even any instruments, hardware, software etc which you feel is absolutely essential is creating your signature style and tone?

I haven’t developed any kind of particular techniques. Each time I produce it’s a little different. I like playing with plug-ins and VST, exploring sounds and developing them in an ensemble. I usually have a global sight of what I want to do, but it’s important to never hold an obsession, the more you progress in the track, the more you discover new directions and ideas.

What does the future hold for Yann Sella?

I’m really excited about launching my first upcoming EP, led by the single ‘Turning Circles’ released on 8th August. Let us see what comes after that. We will discover it together!