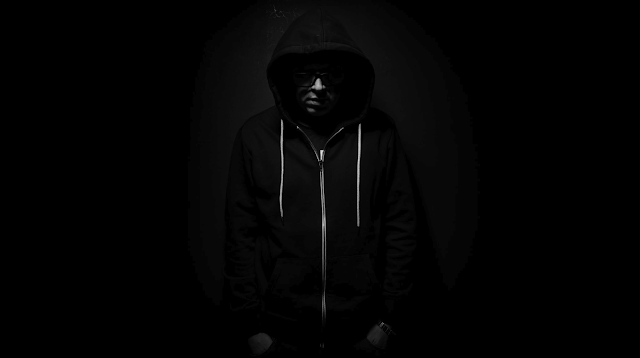 End To End, AKA Paolo Aliberti is an Italian DJ and producer.

In the mid 90’s he built his first recording studio at the back of his record shop, where he began the first of many important collaborations with dance labels such as Media Records, V2 and Time Records.

Inspired by John Carpenter’s soundtrack to to the film ‘Escape from New York,’ he discovered his love for synthesizers. By the age of 16, he had started DJing and was already buying the first imported techno vinyl coming from the US, from artists such as Derrick May, Juan Atkins and Kevin Saunderson.

Within his DJ sets and his productions, Paolo always tries to blend harmony, grooves and intense pressure, and when he’s in the booth, he plays an energetic, yet melodic style, and he finds this energy from labels like Drumcode, Toolroom and Trone, and artists such as Tale of Us and Maceo Plex provide the more harmonic inspiration.

Following on from a slamming End To End remix on the recently relaunched UMM label, his debut EP release for Divergent Music is called ‘Labyrinth’ and was released on 12” & digital download in April this year.

He chatted to us about his inspiration and his take on performing as a DJ….

Hello guys, everything is ok here … it’s a beautiful day and I’m locked in my studio … so maybe this is the reason why it’s a good day … Hahaha !!!

I like to melt harmony with hard rhythmic sound and deep bass.
In my tracks and also in my DJ sets you will always find the calm before the storm!

I like the contamination of Maceo Plex, the harmonies used by Tale of Us and the mood of Pig & Dan.

Without a doubt my Moog Voyager.

Every day I listen to a lot of music, from different genres and years. The inspiration comes naturally … it must not be sought forcibly but it can come from anywhere … anytime!

Where do you gather songwriting inspiration?

When I write a new track, it always begins with choosing the kick and bass. These two elements are essential in a dance production, regardless of genre. The right choice of timbre and the perfect balance between them can really make the difference.

Take us through your songwriting process. Are there any particular steps you take when putting your music together?

Surely the Beat Music Festival in Turin in 2010 when I played before Tiesto.

There is no single one I want to define. I would say the best thing is when you feel that your music corresponds to the mood of the dancefloor or connects you with the people. It gives you the freedom to play and keep on going!  Ah, and of course when everybody is happy!

When you didn’t find the connection to the people or feel totally misunderstood! And playing with a bad monitoring!

As a trained carpenter, I would now maybe build furniture or windows in houses. Or open a flower shop.

If you could perform alongside any other band or artist, living or dead, who would it be?

I’m not really a performer, I don’t think djing is some great art, its just playing music. Its fun and I love doing it but I don’t think it puts me on a level of proper performers (look how awful all those EDM DJs looked when they tried to “perform” rather than simply DJ, and all those electro house DJs that used to stand on the decks and pump their fist like it was some eighties rock gig, no thanks). Rather than play alongside, I would love the chance to see either Bill Withers or Dead Can Dance live. As a side note, the best gig I went to was probably seeing Aphex Twin “live” (how live are most electronic acts really? I’m not sure) in the nineties supporting the Orb. He had a dancer who was doing this amazing weird dancing like he was surfing and constantly on the edge of falling over, it worked so well with the music. A few years later I got to know Richard (Aphex.) He lived in a house share with a friend of mine in Newington Green.  He told me he and the dancer had fallen out with each other and that’s why he was no longer performing with him. Years later after that I found out the dancer had actually designed the Aphex logo and that he was the same guy who had designed the covers of my Ghetto Bass mix cd series!! Pretty darn cool to find that out 5 years after I had released the last one.