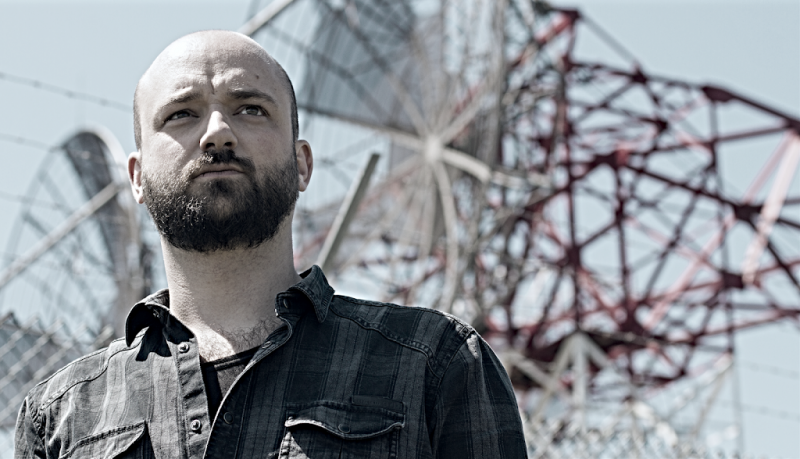 From death metal to techno, is undoubtedly a line I never once in all my life thought I’d ever be writing. And yet here we are with Ian Mono – the man who actually made that switch. And if there’s one thing I know about those hardcore metal genres is that listeners and makers thereof are very much of the mind that it is more than just a passion, it is a lifestyle. So the fact that Mono broke this sacred oath in favour of dub techno is just about the more intriguing move since From First to Last lost Sonny Moore to Skrillex. Mind you, this was not a recent development in Mono’s career but as a former member of the church of death metal, I wouldn’t be able to sleep at night if it had gone unmentioned.

Born Pim Polderman in the quaint Dutch town of Burgh-Haamstede, Mono found his love for music in the late ‘90s and early 2000s. Though his dabbling into techno wouldn’t yet start until 2004 when Mono was introduced to electronic music through meeting Martijn de Keijzer of Minimalloot, Radio Sputnik.NL. And the rest, as they say, is history.

We were able to catch Ian Mono for a little interview as well as discussing his mix.

I use a lot of dub elements in my techno sounds and I’m still exploring the possibilities and trying to push boundaries or combine multiple genres. I try to keep it fresh for myself.

How did it all start for you?

Somewhere 2004 I think. I started with Reason 2.x when a good friend of mine introduced me to it. If you’d hit the tab key it would show you the back of your studio rack which I thought was amazing! And all those wires haha! I didn’t know much about making music but I kept trying to create drum and melodic patterns which I really enjoyed but also found super frustrating at the same time. Nothing serious came out of it. After the summer of 2006, I made enough money to buy an Ableton 5 license and a midi controller and I was blown away by it. It took me a while to get the hang. I realised that somewhere in 2015 that all these years I made so many loops and sounds that I wanted to push things to a higher level because I wasn’t able to create a completed track. I starting taking 1 on 1 lessons every week for a couple of hours to learn everything there was to know about sound design, synthesis, music theory and mixing. I’m still learning every day and try to experiment as much with software and hardware as I can. This obsession and hunger for knowledge about audio engineering resulted also in getting trained as a professional mastering engineer. My first 12″ vinyl was released at the beginning of 2018 on my own label Echobound. It all took off from there.

What three albums would you say influenced your sound the most?

Ouch, this is a tough one! There is so much good music out there. ‘Ultraviolet Music’ by Deepchord had a huge influence. It made me realise that field recording is super important to the overall vibe of your music. The fact that you can create amazing soundscapes that change over time and can really make you feel lost and wondering at the same time, will always fascinate me. ‘Compro’ by Skee Mask is a mind-blowing album, in my humble opinion. I keep playing this album over and over again because the breakbeats, pads and its weirdness are well balanced. Every song on that album is amazing and I never skip any of them. There aren’t many albums who have that level of quality. ‘100th Window’ By Massive Attack is something I listened to many many times. Not sure why, but I think I really enjoy dark trip-hop.

Are there any key pieces of equipment that you can’t live without?

I love my RME sound card. The stability, connectivity, support and build quality of these converters are of high German standards. Buy one and be set for life! I recently discovered Chase Bliss guitar pedals that work amazingly well for synths. My old and dusty Roland Space RE-201 is still being used. Roland and I have these great sonic space adventures

What are some of your key influences in your music? Whether it be the sound created by others, imagery, films or any kind of art form.

I have a huge interest in history. Especially the Soviet era and in particular, East Germany. Travelling is another great source of inspiration. The fact you can jump into your car and travel through Europe without showing your passport once is still a mind-blowing idea to me. I’m also a huge movie and tv-series fan, especially everything that has been made in Europe

How do you about choosing your samples and elements for a mix? What inspired this mix in particular?

When I’m making music I always try a to pick a synth (either a vst or hardware) and start playing with it. I never feel I have inspiration or come with an idea to the studio. I just start and that’s really important to me. This really helps me to get into the flow and I love those ‘happy accidents’ which takes you on an unexpected journey. I like elements that are unpredictable. I love polyrhythm sequencers with probability features for instance or sequencers that swing to modulate parameters over time. When it comes to creating a DJ set, I generally try to select tracks that I know well but I also have an emotional connection with. That’s one of the reasons I don’t add a lot of new music to my collection. The music in my DJ sets are really close to me and I think that’s really important for the people listening to it.

What is one sub-genre you think doesn’t get the attention it deserves?

Not sure. I don’t think any sub-genre doesn’t get enough attention. The techno scene is big and growing every day. If you like it or not. But I do hope producers try to experiment a bit more and try to blend genres so there will always be something new to discover.

I’m really happy Mike Schommer is recording music again (he was involved in the early days of Deepchord). Other than that I think it’s great The Hague is getting more clubs and festivals related to electronic music. I also love the fact that when I discovered Techno back in early ’00 that most of those artists from the Netherlands are still around. There is a lot of passion and love for it.

What makes your live performances different from the rest?

I haven’t performed live for more than 4 years now and my main focus has been the studio. But I’m planning on playing gigs again with a live setup which is a great way to play out everything I recorded in the studio. Maybe I consider doing DJ sets a bit more often and select more records that are close to me. I think that sound really reflects who I am and what I’d like to share.

What single night out has been the most memorable for you? As a performer? As an attendee?

My first time at Fusion Festival somewhere in 2012. I think… After 48 hours of partying, I just forgot where my tent was on the campsite. I’m glad I wasn’t the only one 😉

What is your favourite venue of all time?

What can we expect from you in the near future? Any upcoming projects or gigs in the pipeline that you would like to tell us about?
I’ve had a couple of remix requests from labels that will be released soon. I’m planning on recording a full-length album this year and play that as a live performance. I will also continue on creating Youtube tutorials about how I create my dub techno. I love sharing knowledge this way.

Listen to Ian Mono’s mix for The Playground right here.