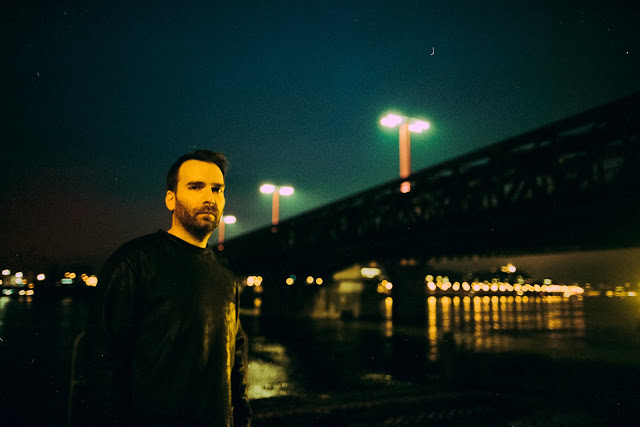 Interview with Budapest Based Producer Mïus

Mïus is a solo music project by Gergely Álmos, based in Budapest. It is defined as a multi-art project wherein the different fields of self-expression meet each other. Gergely Álmos is an architect in civil life and also works in movies as set designer, which describes why Mïus always pays attention to every small detail from songs to videos as everything is part of his self-expression. All the works are a result of a mature conception.

Album specialist Mïus is back with another absorbing full length in April 2018. Entitled Twentytwo 22, the ten-track affair again shows off his unique knack for mixing live playing skills with electronic production. To mark the launch, Mïus will head out on an album tour with dates in the Czech Republic, Germany and Hungary in April.

This album follows three previous efforts including the mini-album Lost Adam in late 2017, and Eigengrau in 2016 on Sonar Kollektiv. It comes after years of the Hungarian artist born Gergely Álmos playing live around the world and is another artistic development that has many emotional highs and lows.

For this album, Álmos collaborated with singers Dóri Hegyi, Raf Skowronski and Zolo, and recorded it over the course of a year-long process where he invited musicians to join sessions in London, Budapest and Szeged. The title, Twentytwo 22, refers to 22:22 shown by the digital clock which, says the artist, “seems associated with special feelings, like a frozen moment in infinity. In one word: singularity.” The artwork is made by Csaba Világosi and refers to the singular curve.

We are very happy to catch up with Mïus for some personal insights about his equipment, idols and personal interests. Check out his new tunes and get an idea of his future:

Hey, fine thanks, especially today, because I have just received the vinyl test-press for my new material, and I am excited to listen for the first time.

Mïus is a conceptual electronic music with an approach from the love of playing on acoustic instrument. The sound is dreamy and dark, takes electronic vibes into deep icy water, inspired by techno, jazz, pop music.

What are the 5 albums and artists that have influenced you the most?

What other artists do you really like at the moment and why?

I like Kiasmos for playing techno with a heart of a musician. Nils Frahm for making solo piano and organ popular again. Dark Sky, Mark Pritchard and Rival Consoles for their unique sound. Brandt Brauer Frick for their classical approach to electronic beats.

What are some of the key pieces of gear you use to write your tracks in the studio? Or do you prefer to use software and plug ins?

Usually I start to write all my music on my piano influenced by an image, feeling or anything happening around me. The favorite gears I used for my latest album was a Korg Minilogue, a Furch acoustic guitar with Strymon effects, a Red Panda granular delay with my 20 year old Epiphone guitar. I also record a lots of samples at my home-studio, which I rethink with the creativity of softwares. I recorded a lots of acoustic instruments in the studio like drums, tuba, trombone, trumpet, french horn, flute, cello, violin, upright bass. I am not afraid to use plug-ins, one of my favorite is Una Chorda, but touching knobs, strings and keys are priceless.

Has your arsenal of equipment changed much since you first started?

Definitely, and it is changing always. 7 years ago in the first recordings I had only a guitar and a CPU with no audio interface or microphone. So my first album was written 80% in a friend’s studio. Now I can record lots of things at my own, so the method completely changed.

Do you enjoy playing to an audience or working in the studio?

I enjoy both. I have a rhythm of working on new music and playing live. I try not to do them at the same time. So when I get bored of studio work, I am very excited to play gigs again, and the opposite works also.

Let’s give a listen to your newest tune ‘Torso’

If we gave you the budget to put a line-up together for a mini fest, who would you book and where would you play?

I would do something like Woodstock was, or the first Sziget Festival 25 years ago, when it was not influenced by economical interests. Maybe this is the reason why I will never organize a festival. =) I prefer small festivals with a nice vibes.

Actually I am not just a musician. In civil life I am an architect and I also work in film industry.

Do you have any information regarding upcoming releases, projects, DJ mixes or collaborations in the pipeline that you would like to tell us about?

I will release my new album ‘Twentytwo 22’ on 6th April. Few weeks ago I released a single with remixes by Vessels and Brandt Brauer Frick, and we created also a nice music video for the song ‘Heavy Heart’. Now we will play live a lot, and next week we will be on a tour in Germany and Czech Republic.

Thanks a lot for taking your time and efforts to conduct this interview with us. We wish you all the best for your future and would like to hear a lot more from and about you! Keep up the great work.